GitHub issues have historically provided a simple yet powerful way to track work in your GitHub repositories. Each issue includes a description, assignee(s), and a timeline with a comment thread and automatically-generated references to related issues and PRs. Issues can be categorized using labels, and the issues list can be searched or filtered in many ways.

But as projects get larger and more complex, working with issues also has its challenges.

GitHub has incrementally tried to address some of these challenges.

With their Issues announcement in June, GitHub signalled a less-incremental approach.

More announcements have followed, and last week the Beta opened up to all users.

Project tables are spreadsheet-like views where each row is a real or draft issue. 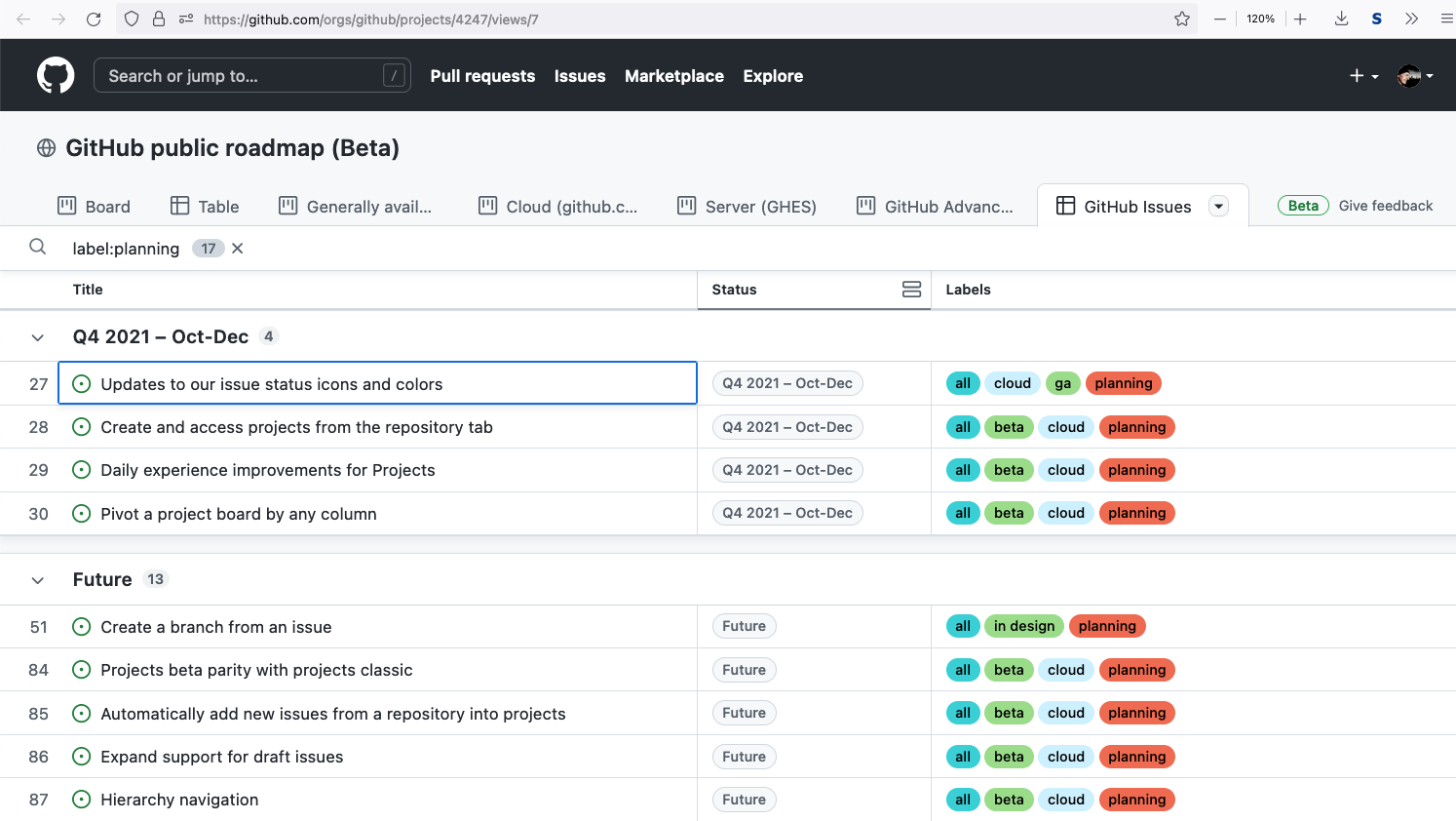 Rows (issues) can be grouped by field value. This includes custom fields whose values are maintained in the project instead of on issues in a repo. Maintaining custom field data inside projects is key to their power.

Rather than polluting your issues with all possible categories of tags, new categories can be scoped inside a project.

Since Beta Projects also support kanban views, I expect them to replace the existing Projects once they reach feature parity.

From text to issues

Auto-creating issues from task lists makes it easier to break down "epic" issues into smaller sub-issues. The task list item is checked off when the issue is resolved, and the child-issue links to the parent-issue with the task list. 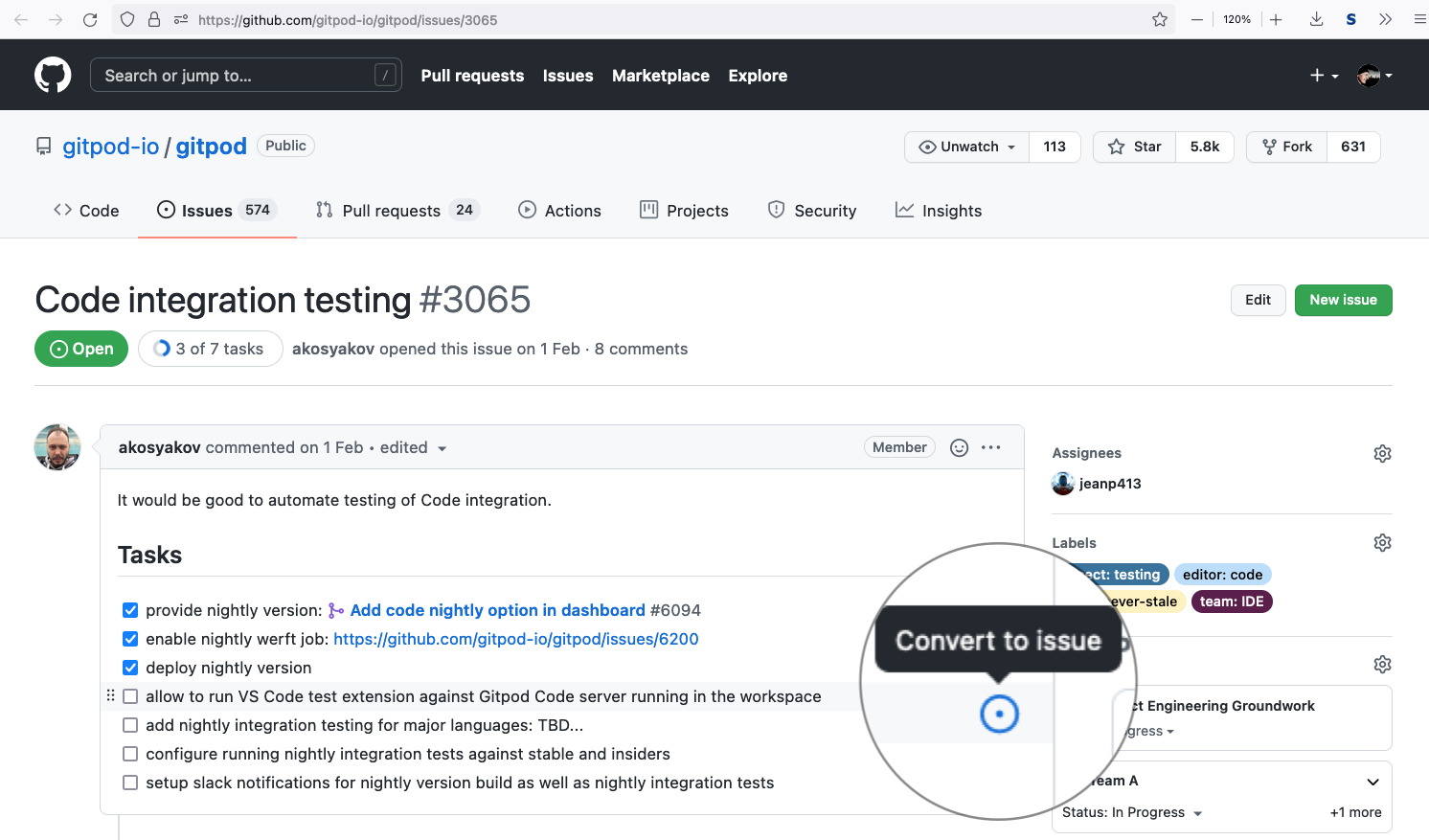 Similarly, draft issues which are simply rows entered as text in a project table, can also be converted into issues.

This makes task lists and project tables two convenient ways to brainstorm ideas, and break them down into smaller issues.

A number of informative talks at the recent GitHub Universe 2021 also provided hints about what the team is planning.

Remember that the new projects and issues features are still in Beta.